THE WORLD HAS SIX BLOCKS OF RELIGIOUS THOUGHT

There are nearly six billion people alive in the world today and nearly everyone thinks about God in one way or another.

The world is comprised of six major blocks of people:

To have a solid theology and intellectual integrity, we need to be open-minded to the beliefs of others. The teachings of the major religions of the world are summarized in Topics 11-15: Statistics on world religions give evidence of the universal and timeless need of man to try to satisfy his spiritual hunger. This is veritable proof of the spirit nature God created within every person. (See Topics 7-9.)

EVERY RELIGION HAS SINCERE BELIEVERS

Most people don’t have an intelligent faith resulting from their own objective search. Usually, they have only a conditioned faith passed on from family or culture.

In all religions, most adherents give lip-service and perform rituals without much depth of understanding or commitment, but we shouldn't let inconsistencies in their lives blind us from trying to understand the core tenets of the religion. Within all religions there are also wise and sincere men and women who are very thoughtful about what they believe and who give their lives to God/gods in the way they think is right. It's only fair and honest that we listen to their points of view and experiences.

We can never know everything about all religious thought, but we can know the key points. The conclusions of the great theologians of the ages have shaped, and are incorporated into, the main teachings of today's major religions.

To be certain not to miss any important theological perspective, and to put the development of our own belief into world-view context, we should objectively consider the basic beliefs that have emerged from other people throughout the world who have also sought to know God.

Within each of the major religions, there are hundreds of sects. Man's inventiveness in creating things to worship – and ways to worship – is boundless. The result is thousands of rules and thousands of deities. Because of the irreconcilable conflict among religions, and even within religions, it follows that most religion is a cruel hoax, perpetuated by ignorance and fear, requiring sacrifice and giving only false hope. The number of people who claim to be Christians has quadrupled since the beginning of this century. Not all of them really are Christians by God's definition, but they believe they are, or at least they want to identify in some way with Christ. (See Topics 11 and 17.)

Christianity is likely to experience a growth surge in the early part of the 21st century as the message of the Bible takes root in former communist countries where religion had been outlawed or tightly controlled.

Increasingly, more people are becoming urban dwellers, which intensifies spiritual hunger. And, people are becoming more educated and more inclined to think for themselves. Also, people now are talking more openly about spiritual needs and solutions. These conditions will further accelerate the Christian growth trend. 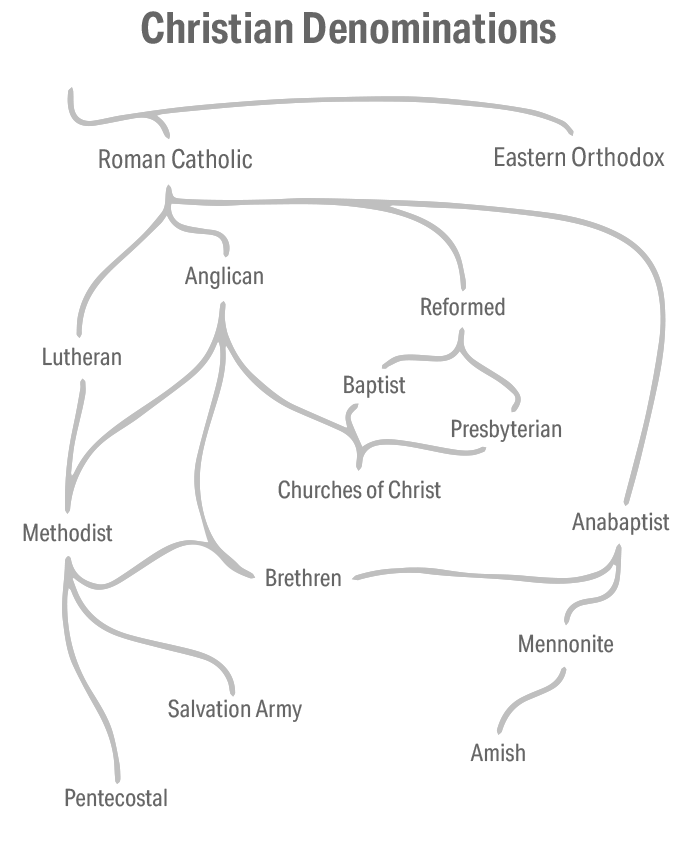 Data on this page was compiled from WORLD CHRISTIAN ENCYCLOPEDIA.

Year 2000 is Barrett's projections based on current trends.